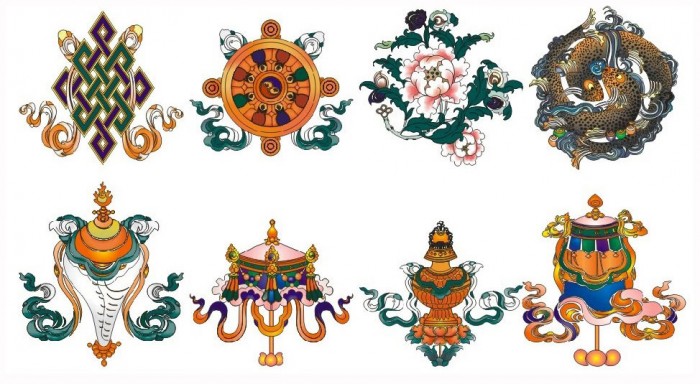 If you could bring blessings into your life just by surrounding yourself with enlightened symbols of Buddhism, would you not be intrigued? I was. Many of us know the symbol for “om”, the tree of life, or even that of Lord Ganesha, but there are eight key symbols that originated within Indian iconography, which are also worth checking out.

Legend of Buddhism states that the eight auspicious symbols represent offerings the gods made to Buddha after he completed his path to enlightenment. At the time, many of these images were connected with the coronation of kings. Today, these symbols can be found within the art that decorates the walls of Tibetan Buddhism. 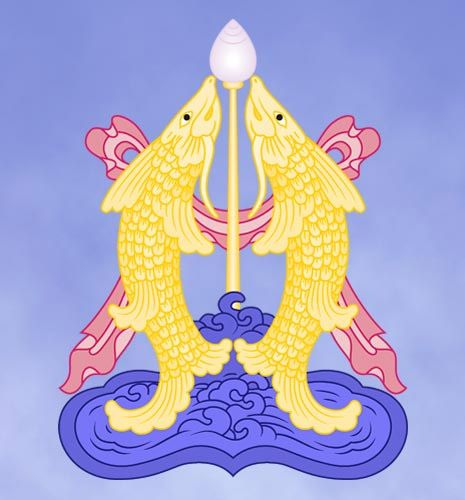 If you feel the desire to surround yourself with some good fortune, then this symbol is what you seek. Originally meant to represent the two sacred rivers, Ganges and Yamuna, the fishes are typically drawn in the manner of the carps as they are the most sacred fish due to their beauty, size and significant life-span.

They symbolize happiness and freedom within the movement of water but also have an association with the lunar and solar channels and the rhythms of the breath (Prana). They embody fertility and abundance, ultimately demonstrating that beings who practice the dharma (the order that makes life and the universe possible) should not fear drowning in the ocean of suffering. Just as the fishes can freely migrate and choose their rebirth, so too can their followers. 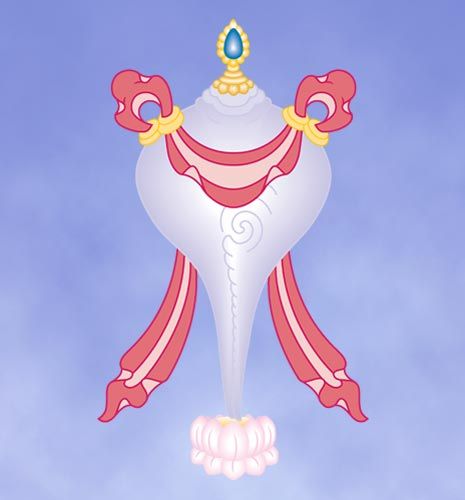 Said to be used as a battle horn in epic combats, specifically the Hindu epic known as The Mahabharata, where the hero Arjuna used the conch to bring his enemies to their knees, this symbol represents the inescapable sound of the dharma. A white conch that coils to the right reaches those at a great distance. It awakens disciples from their deep slumber of ignorance and persuades them to focus on their own well-being and that of others.

Vishnu, an Indian God, was also depicted as having a conch shell (Shankha) as one of his main emblems, typically held in his upper left hand. His shell carried the name Panchajanya, which gave him power and control over the five classes of beings.

We often refer to this symbol throughout our practice as the ability to persevere even in difficult situations, just as the lotus flower does. It is deeply rooted in mud, and its stem grows, despite the adversary of the murky water that surrounds it, into a beautiful and fragrant blossom.

In Buddhism, this flower symbolizes the true nature of beings who are liberated from samsara into the ultimate state of being, that of enlightenment. It represents the complete purification of all the violations that the body, speech and mind endure. The lotus pose is a symbol of opportunity, purity, and that of new beginnings. 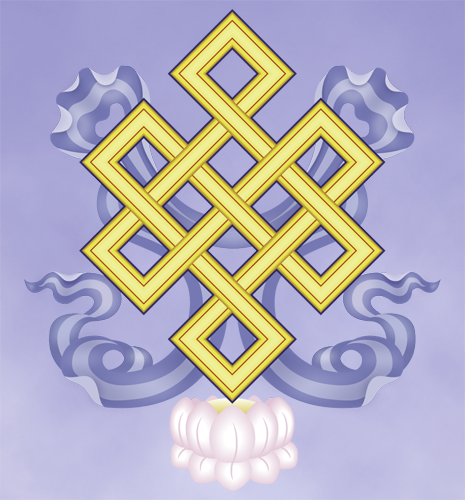 Lines that flow into one another are universal at representing unity and eternity. We find the emblem brings about a sense of peace and cohesion as its lines entwine themselves in a closed pattern. This pattern signifies that of cause and effect. In Buddhism, it reflects the union of compassion and wisdom, wisdom and method, and the complete union of wisdom and great compassion. It denotes love, which brings harmony to all and is infinite. 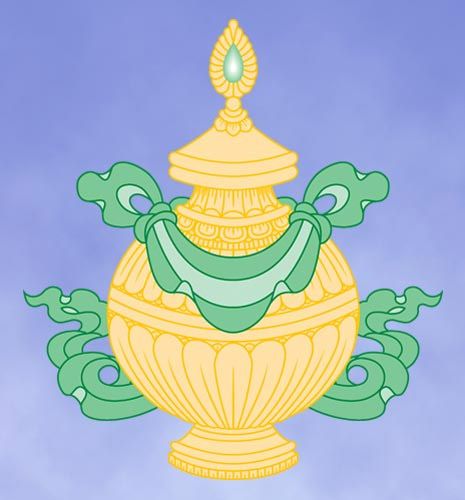 A genie’s wish come true, this never-ending jewel-filled vase symbolizes Buddha’s infinite quality of teaching the dharma. The jewels, much like his shared teachings, never stopped and were just as valuable. This symbol is perfect to have around you as it also represents long life with prosperity, health and wealth. 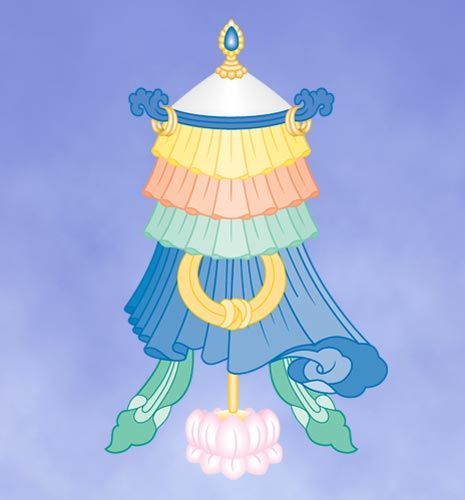 In the simplest representation, it signifies Buddha’s victory over the demon, Mara, marking his victory over ignorance and all that Mara stood for: passion, fear of death, pride and lust. It was used in Indian military warfare, and different variations of the flag’s design can be seen on the roofs of Tibetan monasteries. The banners are placed at the four corners of the roof and are often made from beaten copper.

It can be illustrated as octagonal in shape to represent the eightfold path or as a square to indicate the four directional quarters. It often has a dome, which demonstrates wisdom, and a skirt that demonstrates compassion. 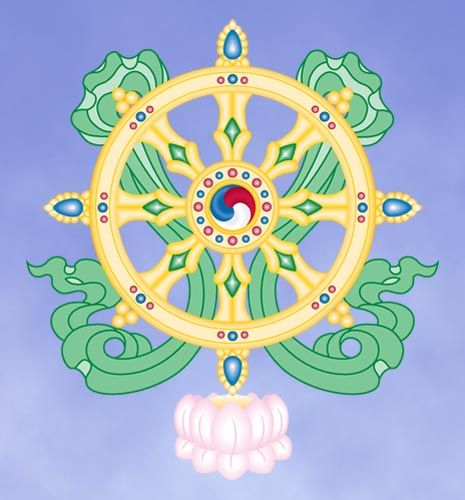 Also known as the dharma-chakra or the wheel of the law, it has eight spokes representing the eightfold path, much like the parasol. It is commonly used by Tibetan Buddhists, but not by Nepalese Buddhists who use it as a fly whisk instead, to symbolize Tantric manifestations. According to tradition, the wheel was first turned when Buddha delivered his first sermon after his enlightenment.

These symbols can be displayed in public art or within the household as a reminder of what they stand for. Even though some teachers may interpret them differently, all can agree that they bring blessings to those who surround themselves with them.

More from my site